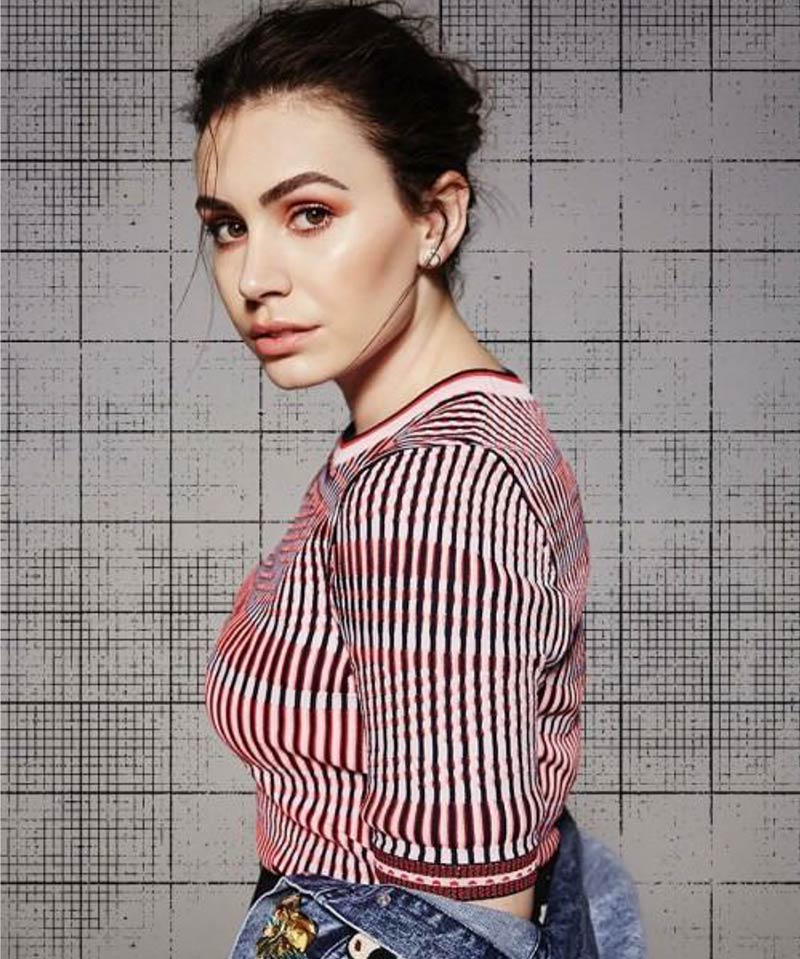 The daughter of rock & roll royalty shares her hometown recommendations.

Although Los Angeles has developed into a city of transplants over the years, attracting actors and musicians from across the country and unapologetically spitting them out after a few years, Sophie Simmons has yet to be spit out. She has lived in the City of Angels her whole life, starting her career on the reality television series Gene Simmons Family Jewels, which placed her rocker family under a microscope for seven seasons.

Daughter of legendary KISS frontman Gene Simmons, Simmons was raised in a musical household, where jazz tunes and Van Morrison would be heard floating through the house on any given day. “My dad grew up listening to classic jazz and soft music, not rock & roll. He wanted us to grow up on it too,” she says of the reasoning why one of rock & roll’s most iconic singers didn’t have his children jamming out to the Stones or better yet, KISS. As far as her musical career goes, don’t expect a resurgence of KISS. “I want to bring wholesome pop music back,” the Casablanca- signed songbird says. “I don’t like singing about drugs or partying because that’s not me,” she adds.

As one of the rare people who can claim the title of being born and raised in Los Angeles, Simmons is still enamored by her hometown. She’s finally settled in to what she calls her favorite part of Los Angeles, the home she shares with her brother Nick. She says her abode has the best views and is the perfect escape from the hustle and bustle of L.A. As far as the city’s downsides, Simmons understands that it’s not for everyone. “Everything is so spread out. You have to drive everywhere, which makes it hard to connect with people the way you can in a walkable town. There’s a lot of loneliness in L.A.,” she admits.

Between relaxing at her shared home and cruising the streets of L.A., Simmons is tackling a singing career, having been featured on Yellow Claw’s latest album LOSAMSTERDAM and is currently working in the studio to put out her own EP later this year. Additionally, the starlet has put philanthropy on the top of her list of priorities. “My mom was always really active in different charities and foundations so she inspired me to get involved too,” she says.

Simmons’ passion project is a child abuse advocacy center called Sophie’s Place based in Vancouver, Canada. The center provides specialized services to physically, mentally or sexually abused children. “These children have just gone through such traumatic experiences, I think the next steps should be as stress-free as possible,” Sophie explains. With her help, the one-stop center enables collaborating agencies to respond to child abuse in a more compassionate manner. Children won’t have to be shuffled to doctors, police and social workers after an incident. They can visit Sophie’s Place and receive all the support services needed.

At 24, Simmons is a well-spoken activist, musician, actor—and on top of it all, a Los Angeles native.

Read on for her full list of recommendations in her home base.

Power Lunch: The French Scramble at Croft Alley is a favorite.
Cocktail Hour: I don’t drink! But I love sitting at the Beverly Hills Hotel Pool.
Retail Therapy: Amoeba Music on Sunset Blvd. has a huge selection of new and used vinyl and sometimes they have live shows.
Field Trip: The 14th Factory! It’s an interactive art space in downtown Los Angeles that includes
video, sculpture, paintings and performances.
Date Night: Sugarfish in downtown Los Angeles is decorated in a cool Art-Deco style and the ‘trust me’ is my favorite.
Don’t Miss: The sunset from a Mulholland Drive lookout.
Hidden Gem: The Now. It’s a massage parlor in the vein of DryBar.