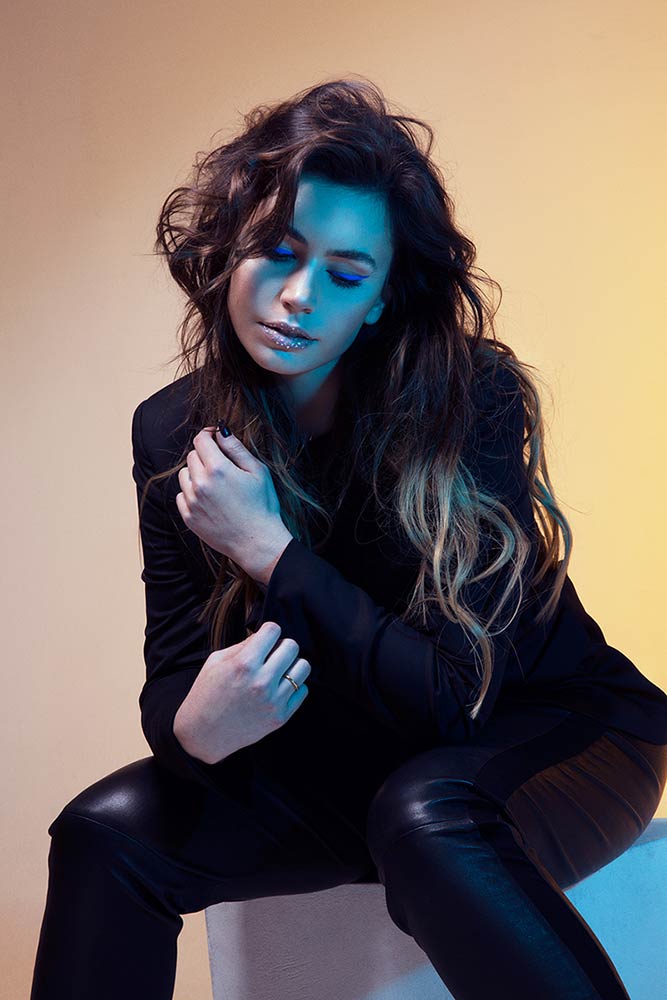 Sophie Tweed-Simmons may have done some growing up on camera, but unlike many, the 24-year-old singer, actress, advocate and former reality star has found some incredibly powerful and positive life lessons from being in the spotlight. Wise beyond her years, Tweed-Simmons, daughter of KISS legend Gene Simmons and actress and Playboy Playmate Shannon Tweed, joined me for my podcast to discuss her new film role, latest music and reflections on growing up in the public eye.

Listen to the conversation with Sophie Tweed-Simmons on iTunes.

Supportive parents made sure that she had time for “normal” childhood activities and that she kept the reality experience in proper perspective. A few minutes into a conversation with her, I’m pretty sure that it worked.

Has being in the spotlight made her more mature? The singer and actress believes any early job experience can do that.

“I think anytime you start working at a young age, whether it’s a normal job like serving or being an actor or anything, I think you grow up a lot quicker because you learn time management, you learn respect and you learn hard work.”

Tweed-Simmons has been busy making music these days, veering briefly off-course from her typical alternative pop genre for a featured role in the new film Country Crush (available on DVD).

“I kind of just loved the message of this film,” she says. “And I play the villain in it, which is always really fun. Definitely not a reflection of who I am really, but there’s this patriotic undertone to this film and this respect toward the military, and that’s something my family is really passionate about. So I wanted to do it because of that.”

In between showcasing her character Ainsley’s country music talent, Tweed-Simmons focused on bringing the human complexities to her “frenemy” character. “I feel like behind any bully or any villain there’s a sad story or a pain that’s driving them to do what they do,” she says. “And you could easily play the surface level of the villain and just say, you know, ‘I like being mean’, but I think there’s much more to people than that, and they’re much more complex.”

Tweed-Simmons has also taken the time to face some of her own challenges. Appearing on The X-Factor in 2012, meant jumping into that sea of self-doubt and swimming away with newfound confidence. What advice does she have for those who fear their critics?

“I think it’s important to find those things that you do to push yourself past your fears. And I had a really big fear of being unliked. And, you know, a fear that maybe I wasn’t talented, that maybe just your parents tell you that you’re talented at everything you do, because they love you. And I just needed to hear it from someone else. And I thought the best way to do that was a competition where I could enter as myself and be based on my talent and not the talent of anyone else. And it was terrifying. And it was scary…and you only get one chance, but I’m glad that I did it, because now I’m really unafraid of being liked or disliked by other people. And I realize that the only thing that will get you through situations like that, is the confidence you have in yourself.”

Adds Tweed-Simmons with words for us to reflect upon, “You know, the fear of rejection or being unliked, is one that we perpetuate for ourselves. And it’s really not a good representation of how people will perceive you and will accept you. Because I’ve found that most of the time, people are very accepting and they want to connect with other humans and they just want you to give them a feeling that they’ve never had before. And I think there’s no better way to do that than just being yourself.”

Watch a clip from Country Crush….